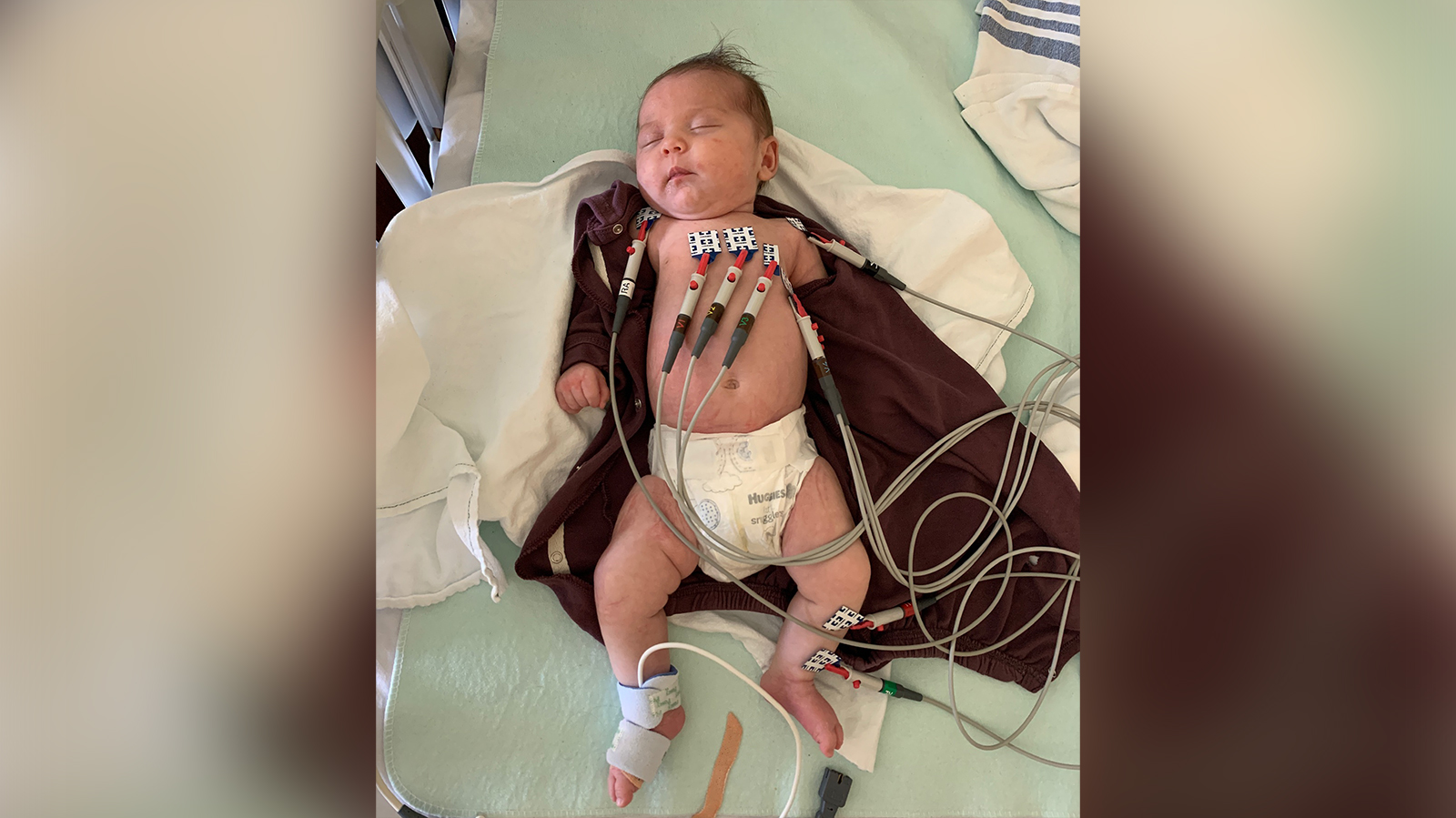 The family of a 3-month-old girl is trying to raise over $2 million for a one-time gene therapy treatment that may be their daughter’s only chance of surviving past her second birthday.

She was a perfectly healthy baby until two weeks later, when Lucy’s parents began to notice her struggling to breathe and move her arms. When she was no longer able to bring her thumb to her mouth, they knew something was very wrong.

“When we first took her home, we were in newborn bliss. Just absolutely in love with her. She was a great baby,” Laura Van Doormaal, Lucy’s mom, told CNN. “But we started to realize her movement was declining. She had trouble breathing and eating. When she was five weeks old, she was diagnosed with spinal muscular atrophy.”

Spinal muscular atrophy, also known as SMA, is a genetic disease that causes infants’ muscles to waste away, potentially killing them before age 2. Lucy has type 1 SMA, the most aggressive and severe form of the disease which leaves her nearly unable to crawl, swallow, or even breathe.

SMA is an inherited disorder stemming from a defective gene that leads to the death of nerve cells responsible for moving the muscles that allow us to walk, talk, breathe and swallow, according to the National Institute of Neurological Disorders and Stroke.

“When we received the diagnosis, we were devastated,” Van Doormaal, said. “We’d never heard of it before. Reading the words ‘most infants don’t make it to their second birthday’ just broke our hearts, especially as parents of a newborn who seemed so healthy.”

It’s a race against time

One of the only approved treatments for SMA is Zolgensma, which replaces a working copy of the gene into those nerve cells before they die and symptoms develop. While the US FDA approved treatment is not yet approved in Canada, it is available in multiple countries, including the US.

This potentially lifesaving treatment, administered as a one-time infusion into a vein, comes with the hefty price tag of $2.125 million, or around $2.9 million in Canadian dollars. The family is trying to raise $3 million Canadian dollars.

“Gene therapies such as Zolgensma have the potential to reduce the financial burden on patients, families and the overall healthcare system by replacing repeat, lifetime therapies with a single treatment,” a spokesperson for AveXis, the company that markets Zolgensma, told CNN.

“As a single, one-time intravenous infusion, Zolgensma’s price in the countries where it has been approved reflects the long-term value it brings. Zolgensma is priced in the U.S. at approximately 50% less than the current 10-year cost of chronic SMA therapy.”

Health Canada, the government department that sets the country’s health policy, did not respond to CNN’s request for comment on its stance on Zolgensma.

So far, more than 500 patients have been treated with Zolgensma, according to the AveXis spokesperson. Data from clinical trials presented by AveXis showed “rapid, significant, clinically meaningful benefit in SMA including prolonged event-free survival, motor milestone achievement and durability,” the spokesperson added.

Zolgensma alters the patient’s biology — but it’s still not a guaranteed cure. While this may be one of Lucy’s only chances to live past two years, Van Doormaal said the cost of Zolgensma is overwhelming, and without help they simply will not be able to pay for it.

“They have put a price tag on my daughter’s life, and that’s extremely difficult to digest,” she said.

While Lucy’s parents fight the clock to raise the money needed to buy Zolgensma before her symptoms worsen, for now Lucy is being given Spinraza, a medication that slows the progression of SMA.

Spinraza usually costs approximately $750,000 for the first year and $375,000 for subsequent years for the rest of the patient’s life, but the medication is completely covered by Lucy’s health insurance in Canada, Van Doormaal said.

Until Lucy receives Zolgensma, if she is able to, her family and neurologist will not know for sure if she will need to continue using Spinraza for life.

Since SMA results in severe respiratory issues, Lucy sleeps hooked up to a BiPAP (Bilevel Positive Airway Pressure) machine, a non-invasive ventilator, to help her breathe. Her family also uses an oximeter to monitor her pulse and blood oxygen levels.

SInce she has lost the ability to feed on her own through her mouth, Lucy has undergone surgery to get a gastrostomy tube placed to allow her family to feed her through.

Any damage already done is irreversible

As babies with SMA grow up, their symptoms quickly worsen — and the damage is permanent. Until they receive a potentially lifesaving gene therapy treatment like Zolgensma, their respiratory issues and muscle weakness will only aggravate.

“It’s critical she gets the (treatment) as soon as possible,” Van Doormaal said. “It won’t be able to reverse any damage that’s being done to her right now, but it will give her the gene she needs to live.”

Lucy’s story is just one of many.

As many as 1 in 8,000 babies is estimated to be affected by one of the genetic mutations that causes SMA. About 450 to 500 infants in the United States per year are born with SMA, according to Novartis, the parent company of AveXis.

The families of other babies, such as 2-year-old Michael Pirovolakis and 1-year-old Kaysen Dudzicz, both from Canada, are also racing the clock to raise money to acquire the gene therapy treatment for their children before it’s too late.

While every child responds differently to Zolgensma, there is a chance Lucy will be able to outgrow the gastrostomy tube if she receives the treatment fast enough. She may also be able to hit critical milestones, like neck control, sitting, rolling, crawling, and maybe one day even walking. It might also strengthen her breathing and swallowing muscles, which will have the biggest impact on her quality of life.

“The impact this has had on our lives has been so drastic,” Van Doormaal said. “Welcoming a child into the world changes your life, but this has turned it upside down. We have no idea what the future holds for Lucy, or if we will be able to raise enough money to just keep her alive.”