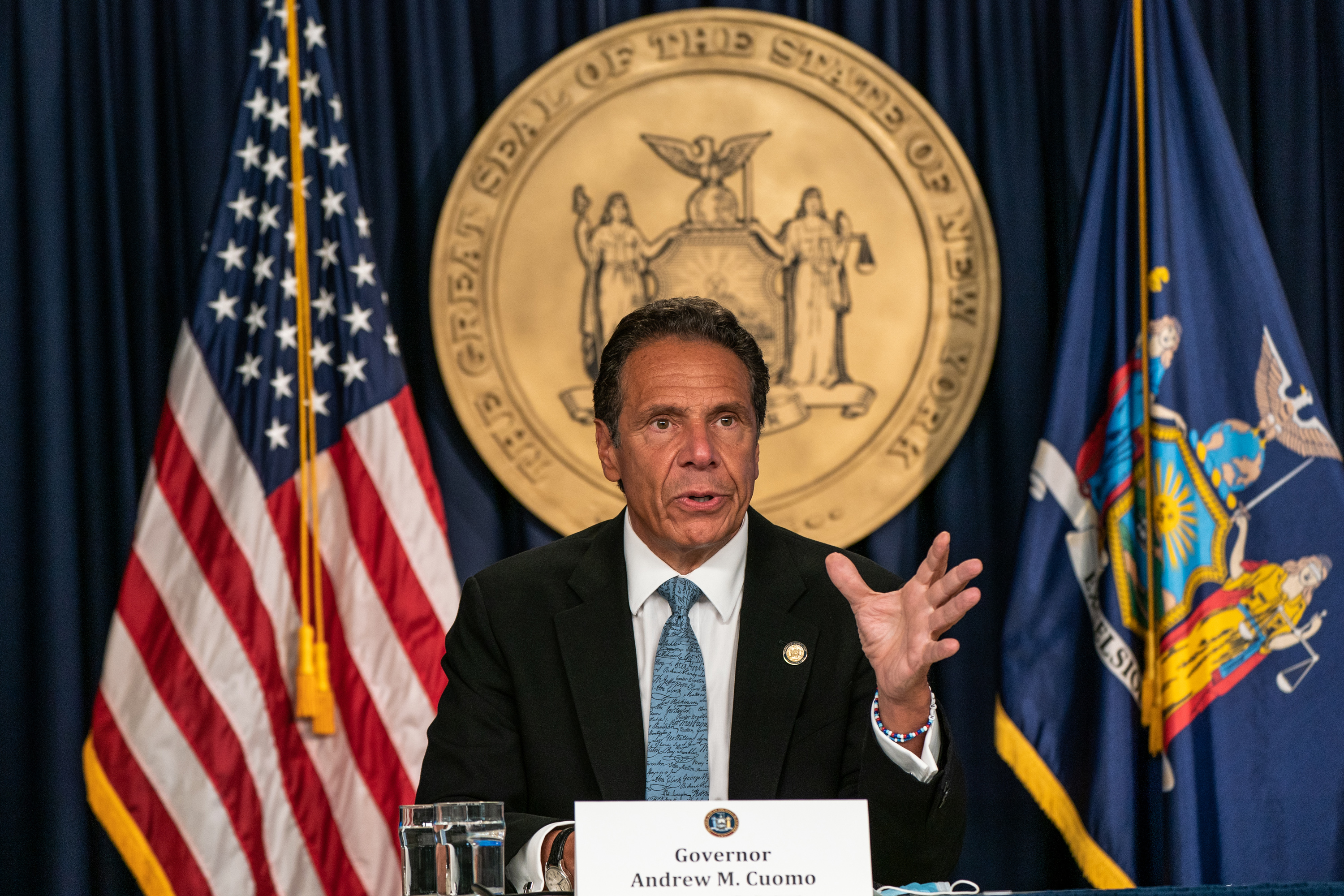 All school districts across the state of New York are cleared to open, Gov. Andrew Cuomo said in a news conference by phone Friday morning.

Schools in New York and around the country closed in the spring because of the coronavirus pandemic. The state become a global epicenter early on, but has since lowered infection rates sufficiently.

“Today is the deadline to look at the infection rates and make a determination. By our infection rates, all school districts can open everywhere in the state,” Cuomo said. “Every region is below the threshold that we established.”

Each district was required to submit reopening plans by this week. The state has 749 districts, and he said 127 districts have not submitted plans yet.

“I have been deluged with calls from parents and teachers and there is a significant level of anxiety and concern,” Cuomo said.

This week, Mayor Bill de Blasio said he would not reopen schools if the city goes above a 3% Covid-19 infection rate. “We’re going to have blended learning, kids in class sometimes, out of school other times. Anyone who wants to be at home can be at home,” de Blasio said. “That’s an option. But we’re going to be cleaning all the time.”

“We’re going to have social distancing in every classroom,” he added. “We’re going to have face coverings on every adult and child. We are doing everything you’ve ever heard of to keep our schools safe. And, again, all of our health professionals are working on that together.”

The other biggest districts in the US have announced they will offer only online learning in the fall. One of the top 15 districts, Hawaii Public Schools, has opted for a hybrid model.

New York State conducted 70,000 tests on Thursday and reported a 1% positivity rate, Cuomo said. Of 579 individuals who were hospitalized across the state, 139 were in intensive care, and 66 were intubated.

He asked that schools post their plans online for remote learning, contact tracing, and testing students and teachers. He asked that the plans be posted by the end of next week.

The governor also requested that districts set up at least three discussion sessions for parents to walk them through the plans and answer questions for the fall. For the five largest school districts in the state, he asked them to schedule five sessions.

Additionally, he stipulated school districts organize at least one discussion session exclusively for teachers so officials can explain the plan to reopen and address any questions or concerns that educators might have.

“Talk to the parents, talk to the teachers,” he repeated.

Under the state’s reopening plan, masks must be worn at all times if social distancing isn’t possible, and schools must provide masks for any children without face coverings.

Interscholastic sports have not been approved, and discussions are ongoing, officials said.