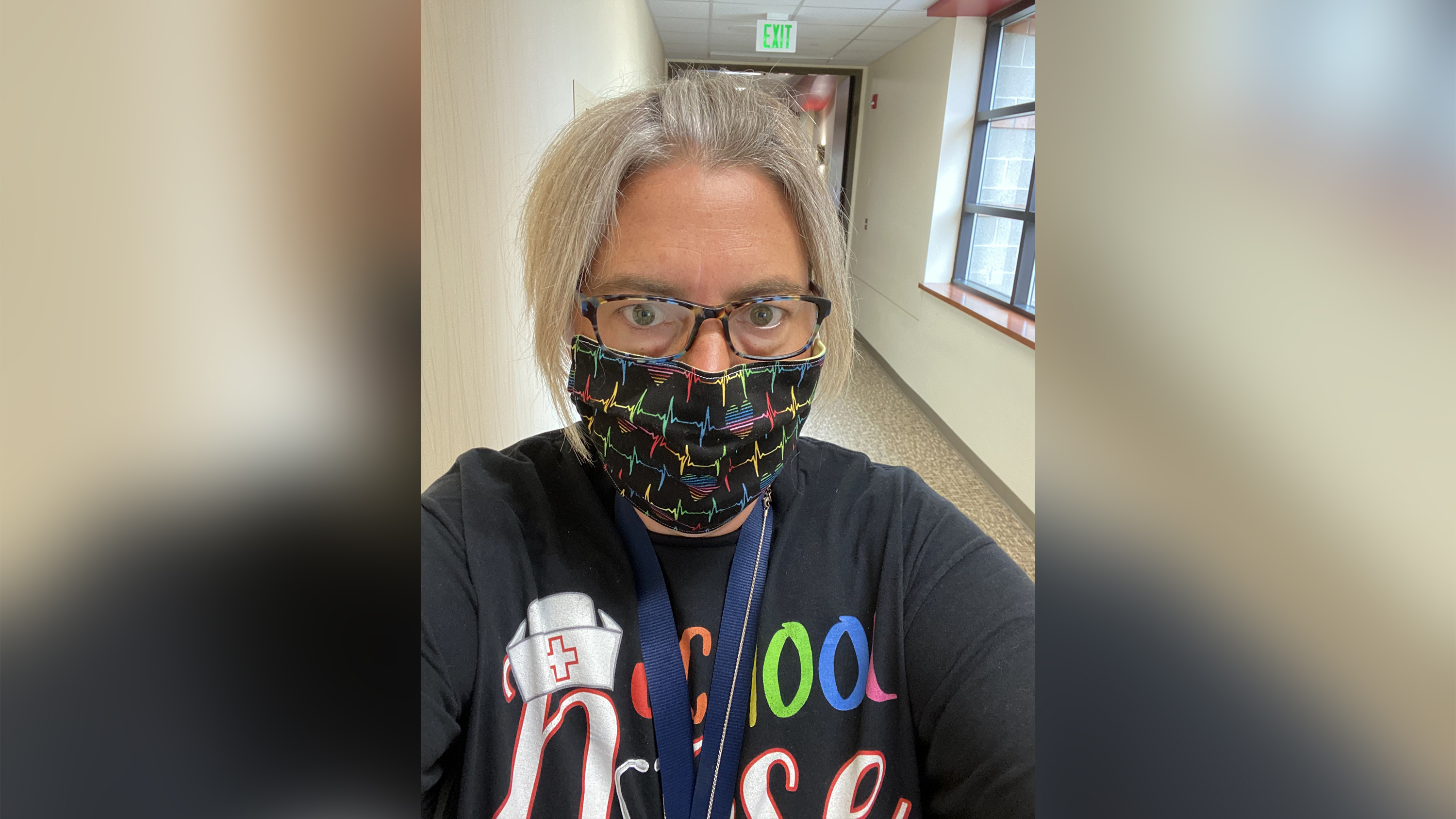 As a parent, Liz Pray accepts her 13-year-old son’s return to school.

As a school nurse, she doubts the Moses Lake School District in central Washington state is prepared for the challenges that come with schooling amid the coronavirus pandemic.

When the pandemic began, her district and schools across Washington donated personal protective equipment (PPE) to hospitals, clinics and fire stations, Pray tells CNN. Now, with school right around the corner, and Washington facing a resurgence in positive cases, she’s not sure nurses will have enough PPE for the academic year.

In Florida, Lisa Kern supervises 45 school nurses who work in over 90 schools in Pasco County, just outside Tampa. Not only were nurses splitting time between schools before the pandemic hit, Kern says, but now she worries about the sustainability of the district’s PPE supply.

“A school doesn’t typically purchase large quantities of PPE, so the cost to do so is astronomical,” Kern said. “The federal government needs to support schools to keep everyone safe.”

As school nurses across the United States prepare for the start of the academic year, the National Association of School Nurses says on-campus medics are wholly unprepared because of a lack of funding and nurses. Nurses who spoke to CNN echo that sentiment. They say keeping children and staff safe won’t be tenable if they are not provided more PPE and if school districts don’t hire more nurses.

“It’s going to be a mad house if there are pockets of outbreaks,” said Amber Cichocki, a school nurse in northeastern Texas. “It’s just a big unknown.”

Nearly a quarter of US K-12 schools do not employ a licensed nurse, while about 35% employ a part-time nurse, according to a 2018 NASN study, which says there were about 95,000 full-time nurses in the US. That contrasts with the 50.7 million students who were enrolled in school in the fall of 2018, according to the National Center for Education Statistics.

“NASN sees this as a student and family equity issue,” Laurie Combe, NASN’s president, told CNN. “For many of those students we are the healthcare provider that they see because they do not have access to health insurance. Parents rely on us to help students remain in school if they’re not in danger of any condition.”

The nurse and PPE shortage led NASN in April to call for 10,000 more nurses in schools, about a month after states started implementing stay-at-home orders. In July, NASN amended its request, Combe says, as it teamed up with four other education and health organizations to form the Safer Return to Schools Coalition. The group is demanding that Congress approve a minimum of $208 billion for school districts to “prioritize the health and safety of their students and staff.”

“Federal investments are critical to ensure that districts are able to retain existing staff and avoid laying off these desperately needed professionals,” the letter from the coalition read. “We ask the Senate to make that investment for the children and youth in America’s public schools.”

Cichocki, the northeastern Texas nurse, is “cautiously optimistic” that schools will handle the new year well. She says that the coronavirus adds another task to her already long list of duties.

Aside from treating student aches and pains, school nurses carry out vision and hearing screenings and immunizations. They also work with local health departments to mitigate health risks with students and train teachers in recognizing and preventing these health risks.

“We do almost everything a doctor’s office does without the doctor, staff or resources,” Cichocki said.

Now, nurses will have to pay attention to coronavirus symptoms and may at times have to isolate students to prevent its spread. The added challenge is that students may attend school despite possibly having symptoms. Identifying those children will be an arduous task.

“Weeding out those symptoms is going to be difficult,” said Pray, the Washington nurse. “Who’s to say those Covid-like symptoms aren’t allergies or an asthma attack?”

In 2009, Mary Pappas, a New York school nurse, emphasized the important role nurses play during modern pandemics when she discovered the first swine flu cluster in the state, which led to a nationwide response, according to The New York Times.

But nurses are also susceptible to infection. Cichocki says she has caught influenza from treating students, but she says that does not necessarily mean she’ll catch the coronavirus.

Despite the risks, nurses remain divided on in-person schooling. While Pray is comfortable with her son’s return to school, Kern, the Florida nurse supervisor, has an 8-year-old granddaughter who lives with someone with health complications.

“I would say that under normal circumstance I wouldn’t be worried, but she lives with someone who is immunosuppressed, so that is a concern,” Kern said. “If it was me, and I was living in that time right now, I wouldn’t send my children to school. Not with what’s going on.”

Nurses say they will continue to do the best they can with the limited resources at hand. Washing hands, wearing facial coverings and continuously wiping down surfaces will now be more important than ever.

“If I utilize what I know and have been taught as a nurse with disease mitigation,” Cichocki said, “I should be able to protect myself to some extent.”