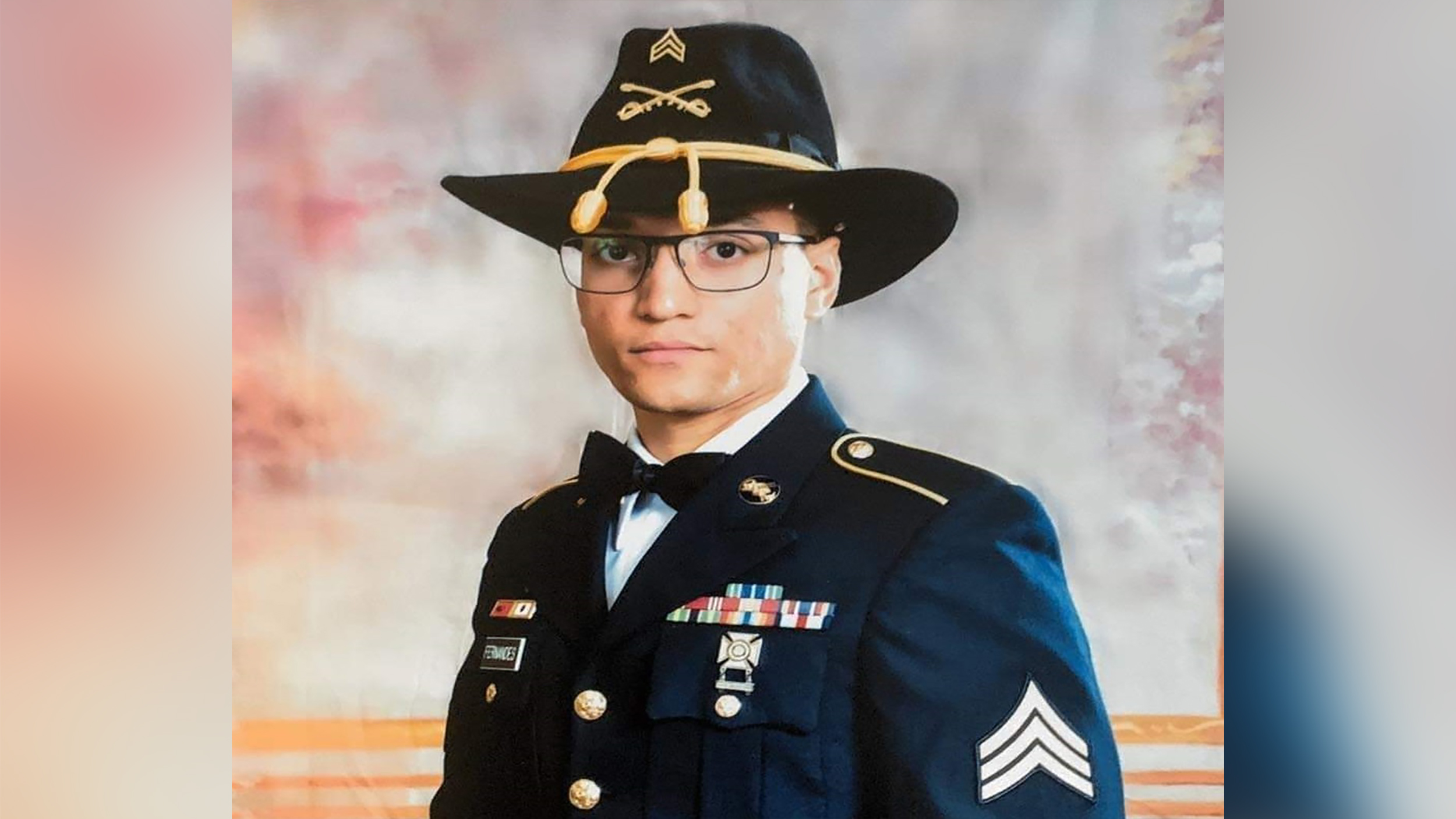 A body believed to be that of a missing Fort Hood soldier has been found.

Officials are awaiting forensic confirmation but police said that identification found on the body indicate it is that of Sgt. Elder Fernandes.

“At this initial stage of the investigation, there is no indication of foul play,” police in Temple, Texas, said in a statement.

Officers were dispatched around 6 p.m. Tuesday for a medical call at some railroad tracks about 25 miles from the Texas army base.

“A caller advised that a male was observed near the railroad tracks. Upon officers’ arrival, it was determined that the subject had been deceased for some period of time,” according to the statement.

“Identification found at the scene indicates the victim may be missing Fort Hood Soldier 23-year-old Elder Fernandes. However, no forensic confirmation has been made at this time,” say police.

Fernandes, 23, was reported missing August 17 from the base. He had been transferred to a different unit because he was the victim in an “abusive sexual contact” investigation, the Army said.

The transfer was meant to ensure “he received the proper care and ensure there were no opportunities for reprisals,” said Lt. Col. Chris Brautigam, a 1st Cavalry Division public affairs officer.

Attorney Natalie Khawam, who represents the soldier’s family, called the news of the body’s discovery “our worst nightmare.”
“We are sickened by this tragedy that has happened one too many times. We are heartbroken for Elder Fernandes’s family,” Khawam tweeted.

This year, there have been a series of incidents in which Fort Hood soldiers have vanished and died, perhaps the most high-profile of which was the killing of Spc. Vanessa Guillen. The main suspect in her disappearance — another Fort Hood soldier — killed himself when he was confronted by investigators, according to CID.

In the wake of her death, the Army announced an independent review board made up of five civilians who would review the “command climate and culture” at Fort Hood.

Some soldiers have died under mysterious circumstances, including Pvt. Gregory Scott Morales, whose skeletal remains were found in a Killeen field in mid-June — 10 months after he’d vanished. Fort Hood said in a statement at the time that foul play is suspected in his death.

“We will not stop until we find out what happened to Elder. We demand a Congressional Investigation of Ft. Hood. We must protect our soldiers! We demand Justice for Elder,” Khawam said in another tweet.