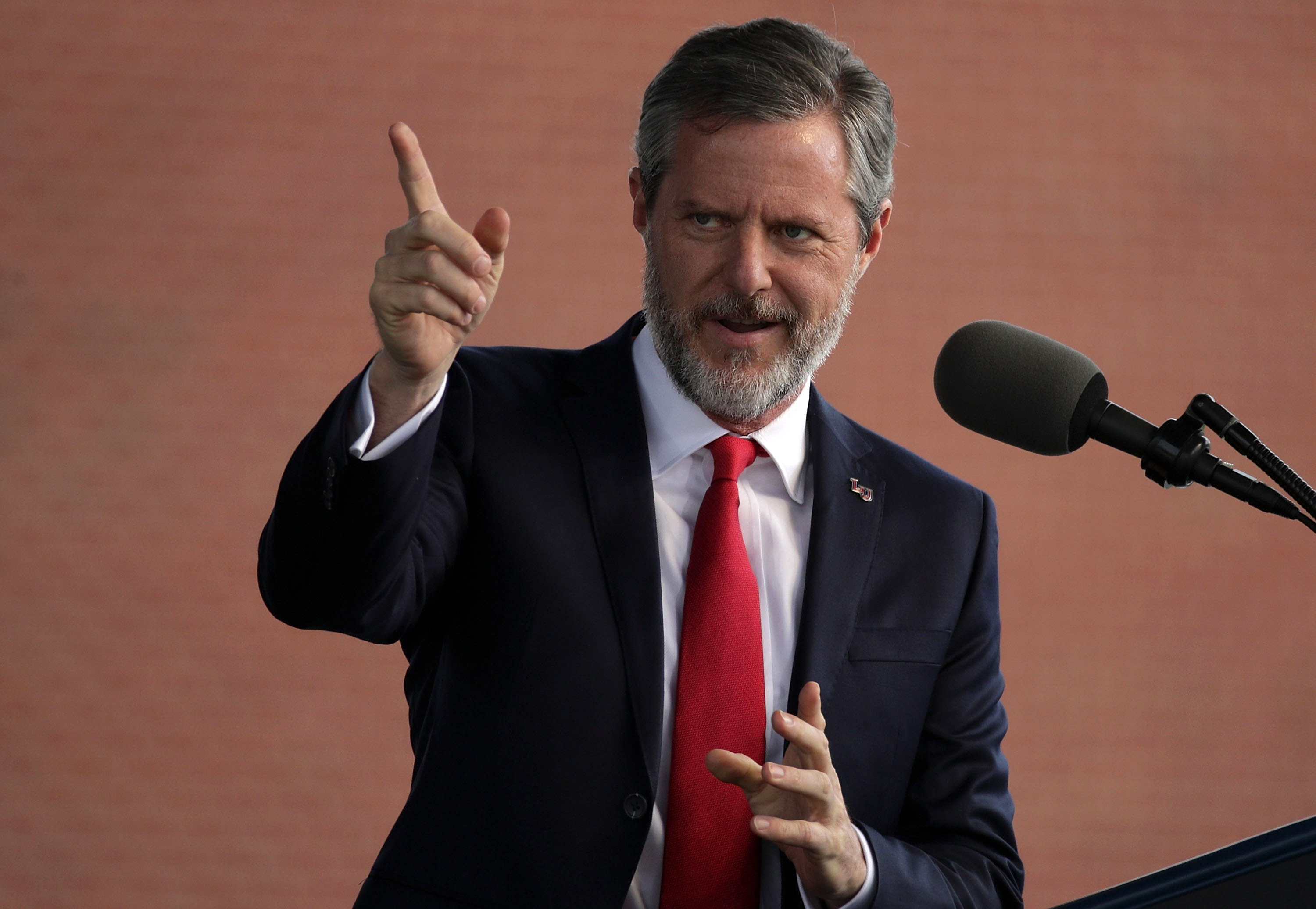 Jerry Falwell, Jr., the former president of Liberty University, will receive a $10.5 million compensation package from the evangelical school, he told CNN.

Fallwell, who resigned late Monday after a series of scandals, said he will receive about $2.5 million during the next two years and another $8 million thereafter. As the university’s president and chancellor, Falwell was paid about $1.25 million per year.

Falwell told The Washington Post his Liberty contract entitles him to the severance package because he is departing the school without being formally accused of or admitting to wrongdoing.

The embattled evangelical leader resigned from the evangelical Christian university in Lynchburg, Virginia, a day after reports surfaced that he and his wife took part in a longtime sexual relationship with a former hotel pool attendant. The school said Tuesday it had accepted Falwell’s resignation, effective immediately.

Falwell’s departure from the school his late father founded came after a tumultuous 24 hours filled with conflicting reports about his fate. On Monday, the university said Falwell had agreed to resign as Liberty’s president but then withdrew his resignation later that day.

Falwell in recent years has been one of the country’s most prominent evangelicals and was an early and ardent supporter of President Donald Trump, who spoke at Liberty’s commencement ceremonies in 2017.

The son of the Rev. Jerry Falwell, who died in 2007, Falwell Jr. raised the school’s profile — and finances — considerably as president.

Liberty now boasts a $1.6 billion endowment and its board of trustees, in accepting Falwell’s recognition, praised his business acumen. During his time as president, according to the board, Falwell oversaw more than $1 billion in construction projects, transforming its campus into one with “world-class academic buildings and athletics facilities.”

Falwell also helped raise enrollment to more than 100,000 students, including both residential and online students, the Liberty board said.

“The university’s heartfelt prayers are with him and his family as he steps away from his life’s work,” Liberty said Tuesday in a statement.

The last few months brought a series of public controversies about Falwell’s behavior.

Most recently, a young Miami man went public with allegations that he was involved in sexual activities with the Falwells from 2012 until 2019. The man, Giancarlo Granda, told CNN that Falwell frequently looked on while Granda had sex with Falwell’s wife Becki.

In a statement, Falwell Jr. acknowledged the affair but said that he was “not involved.”

“I am now dealing with things in a way that I should have done before,” he said, “including seeking to address the emotional toll this has taken.”

Falwell also said that Granda had tried to blackmail he and his wife, a charge that Granda denies.

“There have been red flags for a long time,” she said about Falwell’s tenure. “The kind of arrogance and authoritarian leadership that we experienced as faculty was really just a symptom of this lifestyle that obviously was one in which he thought that he could do anything and get away with it.”