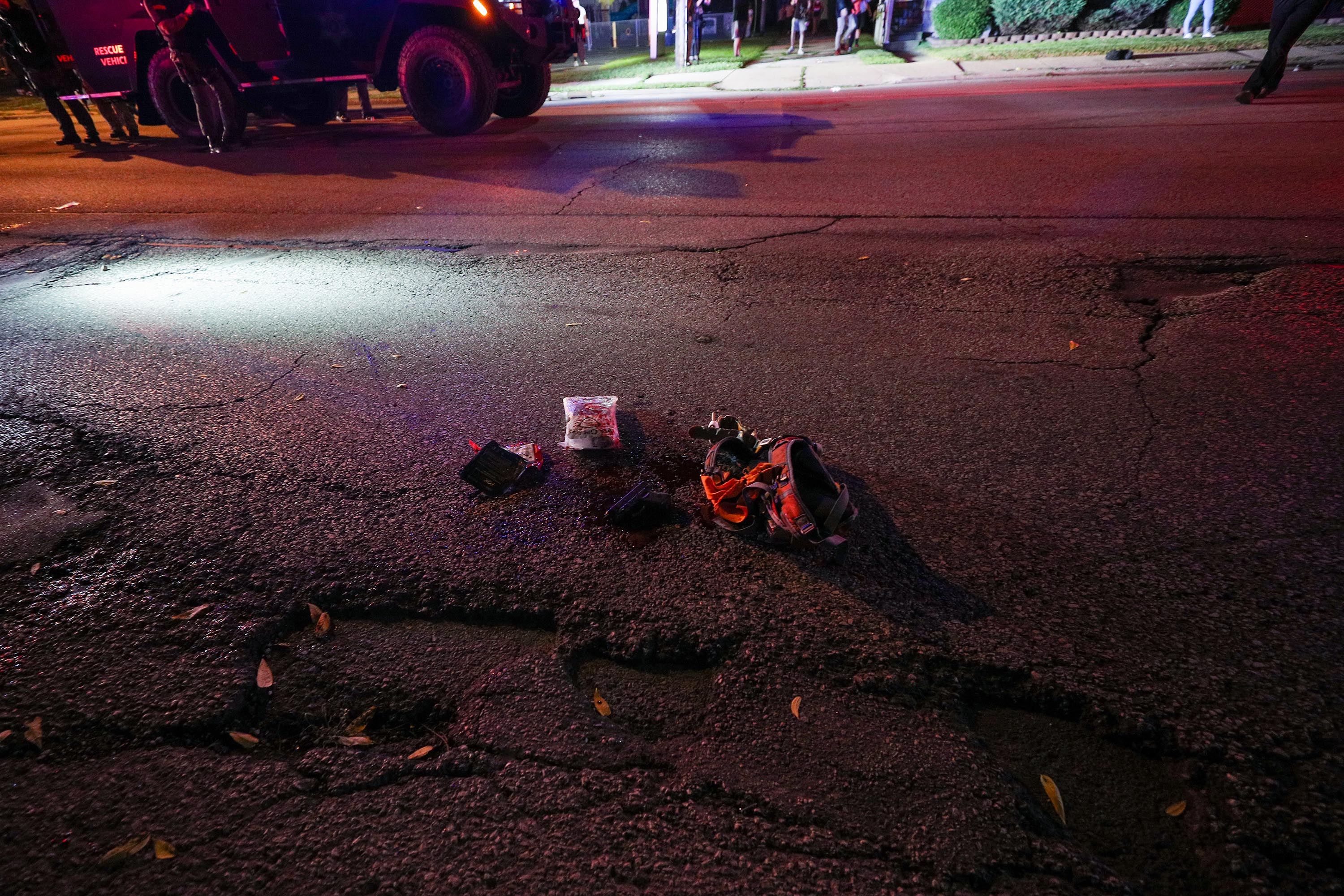 A 17-year-old Illinois resident connected to an overnight shooting during a protest in Kenosha, Wisconsin, was taken into custody Wednesday morning, according to police in Antioch, Illinois.

Wisconsin authorities issued an arrest warrant charging Kyle Rittenhouse with first-degree intentional homicide, Antioch Police said. He is in the custody of the Lake County Judicial System pending an extradition hearing to transfer him from Illinois to Wisconsin. Antioch is located about 15 to 20 miles from Kenosha, just across the state border.

Kenosha Police Chief Daniel Miskinis confirmed that a 17-year-old Antioch resident has been charged in a shooting incident and said that the man “was involved in the use of firearms to resolve whatever conflict was in place.”

He called the killings “senseless violence” and said he couldn’t say what led to the shooting.

The arrest comes less than a day after two people were killed and a third was seriously wounded in the shooting during a protest over the police shooting of Jacob Blake, police said. The victims were identified as a 26-year-old from Silver Lake, Wisconsin, and a 36-year-old from Kenosha.

Several videos from witnesses at the scene showed a person with a long gun opening fire during the protest. Police have not confirmed if Rittenhouse is the person in these videos.

Kenosha County Sheriff David Beth told The New York Times his office is investigating whether the shooting resulted from a conflict between demonstrators and a group of men with weapons who were protecting businesses.

Protesters have demonstrated in the streets after police shot Blake, a 29-year-old Black man, multiple times in the back as he tried to enter an SUV with his children in the vehicle.

Ben Crump, the civil rights attorney who represents the family, said police shot Blake after he had tried to break up an argument between two women. Police have not provided any information on what led up to the shooting.

Two Kenosha officers have been placed on administrative leave. The shooting is being investigated by the Kenosha County District Attorney Michael Graveley’s office and the Wisconsin Justice Department’s division of criminal investigation.

Blake remains in the hospital but his family says he is paralyzed from the waist down. A family attorney said it would take a “miracle” for Blake to ever walk again.

Late Tuesday, Anadolu Agency photographer Tayfun Coskun captured a series of images that show a fight between an armed civilian and protesters.

CJ Halliburton was recording on Facebook Live during the protests when he heard gunshots in the distance down the street from where he was standing.

Halliburton ran in the direction of the gunshots with other demonstrators in an attempt to see what had happened. As he inches closer to a gathering crowd, several more gunshots can be heard in the video.

“He shot that guy in the stomach,” Halliburton says in the video.

In the distance, a man can be heard yelling, “I need a medic,” followed by another round of gunshots.

A separate video filmed by Brendan Gutenschwager shows the moments after shots have already been fired and captures a man walking down the street with a long gun when he falls to the ground.

From a seated position, the video shows the man fires his weapon, jumps back to his feet and continues to walk down the street brandishing his weapon. The sound of several more gunshots is heard.

Sirens can be heard in the distance and the man who fired his weapon can be seen running toward police vehicles raising his hands in the air, but they drive past him.

Governor and sheriff tells armed citizens to stay away

And in a statement, Evers called on those not protesting to stay away.

“I again ask those who choose to exercise their First Amendment rights please do so peacefully and safely, as so many did last night,” he said. “I also ask the individuals who are not there to exercise those rights to please stay home and let local first responders, law enforcement, and members of the Wisconsin National Guard do their jobs.”

Beth, the Kenosha County Sheriff, said the protests were peaceful until after dark on Tuesday night, at which point people threw stones, bricks and molotov cocktails at police. He set a curfew of 7 p.m. on Wednesday night and said police will be “very assertive” in enforcing it.

Beth said that he had received requests from community members to deputize citizens to aid police in responding to unrest in the area at press conference today, but he rejected the idea.

“What happened last night is probably the perfect reason why I wouldn’t,” he said. “They are a liability to me and the county and the state of Wisconsin.”

“The heavily armed vigilantes, arsonists, and other opportunists who have come to Kenosha to attempt to spur chaos have interfered with that and caused drastic harm to people,” he said in a statement. “If those engaging in violence and destruction of property believe they are furthering some broader goal, they are wrong. They should leave Kenosha.”